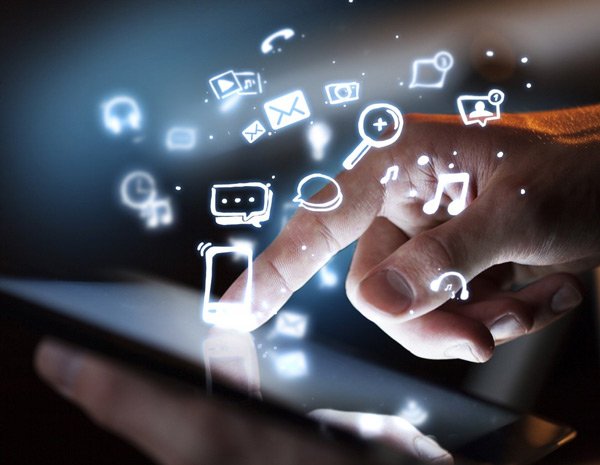 [vc_row][vc_column][vc_column_text]The term Artificial Intelligence (AI) has been the most talked about topic in recent times and rightly so. AI is something that everybody is utilizing in their daily life and has a huge influence in technology. Artificial Intelligence colloquially is a simple concept of machines being able to carry out tasks in a smart and human way. AI mimics cognitive functions that humans associate with other human minds, such as learning and problem solving. These days, the concept of Artificial Intelligence has been shifted from concentrating on complex calculations and has rather been working in the field of AI concentrated on mimicking human decision making. Artificial Intelligences or the devices designed to act intelligently are often classified into one of two fundamental groups – applied or general. Applied AI is far more common in which systems are designed to intelligently trade stocks and shares, or operate an autonomous vehicle.  Systems or devices which can in theory handle any task are uncommon, but this is where some of the most exciting advancements are happening today. But it also is the area that has led to the development of Machine Learning which is often referred to as a subset of AI and it’s really more accurate to think of it as futuristic.

Today, Artificial Intelligence is severely being used for automation across several industries.  Robots are already taking over jobs that do not require human intelligence and are being replaced for tasks such as mining activities, welding and movement of parts within a factory.  All these tasks were actually carried out by humans in the past. The financial industry is also seeing a huge rise in the use of Artificial Intelligence for advisory in investment sector. The use of AI can be seen in the healthcare sector too. With the help of AI, physicians can now decide better treatment and can predict the medication for future complications. Not only that but now with the help of AI, the cancerous cells can be differentiated from the normal cells. The apps that the people use every day in their phone are highly affected by Artificial Intelligence. Digital personal assistants like Siri in iOS, Google Now in Android, and Cortana in Windows Mobile are the examples of how the use of AI has been changing the face of technology. Artificial Intelligence is often the technology deployed to monitor and stop fraudulent e-mails. Other segments where AI can be seen being used frequently are video games and security surveillance.

Whether it’s your smart phone, your car, your bank, or your house, they all use artificial intelligence on a daily basis. In the twenty-first century, AI techniques have experienced a revival following current advances in computer power and AI techniques have become an essential part of the technology industry to help solve numerous challenges and problems in computer science. Artificial Intelligence is also predicted likely to grow its influence in the coming years in technology. Because of the ever growing rise in the advancement of technology, tech companies all over the world are now hiring people who expertise in Artificial Intelligence, Machine Learning, Deep Learning, among many other such subjects. There is a dire requirement to fill in the gap with people who are knowledgeable and experienced in these topics. People are now opting for courses and programs that train them on Artificial Intelligence skills.

One such business school that provides excellent courses on Artificial Intelligence is WeSchool, Bangalore. WeSchool is one of the best business schools in India that carter a 3-day course in Artificial Intelligence, Machine Learning and Deep Learning and much more, to business owners, leaders, working professionals and entrepreneurs. To know more about the course details, please log on to the WeSchool website https://www.welingkarexedp.com/[/vc_column_text][/vc_column][/vc_row]

Previous Next
Close
Test Caption
Test Description goes like this